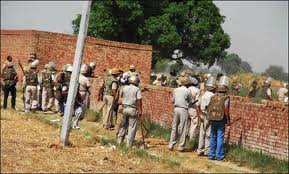 Those persons who deal with these issues know that on September 11 of 2001 our people expressed its solidarity to the US people and offered the modest cooperation that in the area of health we could have offered to the victims of the brutal attack against the Twin Towers in New York.
We also immediately opened our country’s airports to the American airplanes that were unable to land anywhere, given the chaos that came about soon after the strike.
The traditional stand adopted by the Cuban Revolution, which was always opposed to any action that could jeopardize the life of civilians, is well known.
Although we resolutely supported the armed struggle against Batista’s tyranny, we were, on principle, opposed to any terrorist action that could cause the death of innocent people.  Such behavior, which has been maintained for more than half a century, gives us the right to express our views about such a sensitive matter.
On that day, at a public gathering that took place at Ciudad Deportiva, I expressed my conviction that international terrorism could never be erradicated through violence and war.
By the way, Bin Laden was, for many years, a friend of the US, a country that gave him military training; he was also an adversary of the USSR and Socialism.  But, whatever the actions attributed to him, the assassination of an unarmed human being while surrounded by his own relatives is something abhorrent. Apparently this is what the government of the most powerful nation that has ever existed did.
In the carefully drafted speech announcing Bin Laden’s death Obama asserts as follows:
“…And yet we know that the worst images are those that were unseen to the world. The empty seat at the dinner table. Children who were forced to grow up without their mother or their father. Parents who would never know the feeling of their child’s embrace. Nearly 3,000 citizens taken from us, leaving a gaping hole in our hearts.”
That paragraph expressed a dramatic truth, but can not prevent honest persons from remembering the unjust wars unleashed by the United States in Iraq and Afghanistan, the hundreds of thousands of children who were forced to grow up without their mothers and fathers and the parents who would never know the feeling of their child’s embrace.
Millions of citizens were taken from their villages in Iraq, Afghanistan, Vietnam, Laos, Cambodia, Cuba and many other countries of the world.
Still engraved in the minds of hundreds of millions of persons are also the horrible images of human beings who, in Guantánamo, a Cuban occupied  territory, walk down in silence, being submitted for months, and even for years, to unbearable and excruciating tortures.  Those are persons who were kidnapped and transferred to secret prisons with the hypocritical connivance of supposedly civilized societies.
Obama has no way to conceal that Osama was executed in front of his children and wives, who are now under the custody of the authorities of Pakistan, a Muslim country of almost 200 million inhabitants, whose laws have been violated, its national dignity offended and its religious traditions desecrated.
How could he now prevent the women and children of the person who was executed out of the law and without any trial from explaining what happened? How could he prevent those images from being broadcast to the world?
On January 28 of 2002 the CBS journalist Dan Rather reported through that TV network that on September 10 of 2001, one day before the attacks against the World Trade Center and the Pentagon, Osama Bin Laden underwent a hemodialysis at a military hospital in Pakistan.  He was physically unfit to hide and take shelter inside deep caves.
Having assassinated him and plunging his corpse into the bottom of the sea are an expression of fear and insecurity which turn him into a far more dangerous person.
The US public opinion itself, after the initial euphoria, will end up by criticizing the methods that, far from protecting its citizen, will multiply the feelings of hatred and revenge against them.
Posted by sandhya navodita for संध्या नवोदिता at रविवार, मई 08, 2011 कोई टिप्पणी नहीं: Links to this post 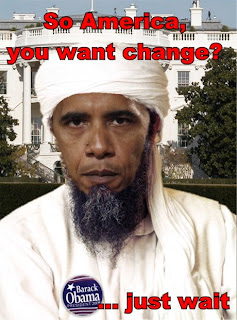 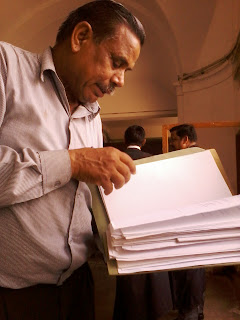